First and FOREMOST of all, I am a Christian–not the best one by any means, and very flawed, but a Christian nonetheless.

I had the good fortune of attending private school–Tyler Street Christian Academy in Dallas Texas–graduated  2nd in my class (of about 35) in 1985 (whew–a LOOOOOONNNNNGGGGG time ago!)

I joined the United States Army in 1986 and served with honor until 1991.  I spent my entire time at Ft. Riley, Kansas in the 541st Maintenance Battalion, 49th Ordnance Company as an Ammunition Supply Specialist, initially got out in 1990, but got recalled to active Duty in support of Operation Desert Storm.

I attended Kansas State University (go WILDCATS!!), and graduated with a Business Degree in Accounting, Management, Finance, Economics, and a minor in Micro Economics in 1996.

After all of the above. God allowed me to eventually start my own Business with my late wife, Joanna–J & J Locksmith Service (yes as you might have guessed, J & J stands for Jeff & Joanna).  It is located in Junction City, KS–where I now reside after getting honorably discharged from the US Army at Ft. Riley, KS.

I also briefly was a landlord owning 25 house trailers, and had an automotive (used car) dealership called J & J LOCKSMITH AUTO GROUP, INC. (it lasted from 1999 to 2005) 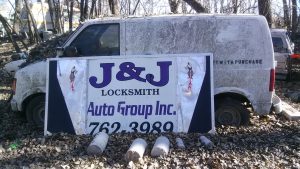 I have been blessed to be relatively successful in the locksmith business for 28 years.

My second wife, Joanna, who I married in 1991 passed away in 2001 as a result of complications from type 1 diabetes, or breast cancer–perhaps both, and I believe she looks down on me even now.  My first wife, Jamie and I were only married two years from 1987 to 1989, and were much too young, and when she got out of the army, we divorced.  She returned to Indiana where she is from and got re-married.  We were blessed to have one son–Robert Wade Brown–whom unfortunately I have not kept up with all that much, but that is another story.

After Joanna’s untimely death–with whom I have one step-son, I dated a few different women for the next several years before marrying my third wife, Lalani, inheriting an additional five step-children–3 girls and two boys all grown now, (I’m a “grandfather” to two little girls).  We eventually grew apart, becoming estranged for a few years before we mutually called it quits. I then married probably the love of my life, Monica–a woman whom I’ve know over 16 years–meeting her when I was doing a lot of automotive locksmithing.  With her, I inherit three more step children–2 girls and a boy, all still under aged.

I am very blessed indeed.

My user id on eBay is texasnational, look it up if you want to see some cool stuff–I’ve been selling on there off and on since 2002, and am proud to report that I’ve managed to make around $127,000 more or less over that time–not bad for an internet yard sale, huh?  I also occasionally buy–ok maybe more than ‘occasionally’–I still sell things right now and plan to continue–unless God has other plans.

I started writing when I was 11, put it down for a while, picked it up again in the Army when I was bored on guard duty or something, put it back down, and picked it up for the final time in 2015 after I lost half of my right foot after an infection–and I was diagnosed a type 2 diabetic–I have been continually writing since then, and several on the Amazon Kindle Direct publishing platform. 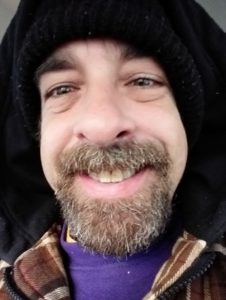 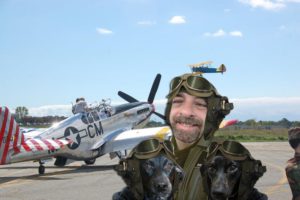 God has definitely been very good to me!!